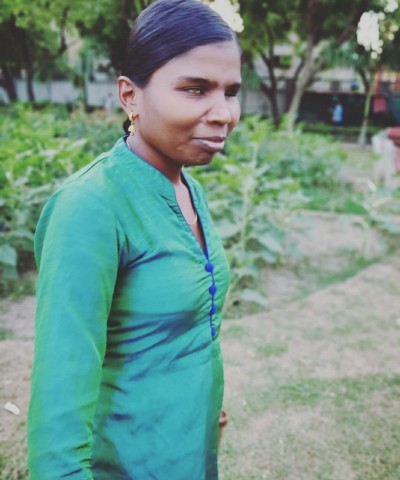 A blind student playing in the park.

The impairment of vision affects a considerable dimension of our world population. According to the WHO 285 million people are visually impaired and 39 million are blind. To understand visual impairment better, it could help to take a look at the various causes behind it. The elementary ones being:

1. Uncorrected Refractive Errors
Refractive error is a problem with focusing light accurately onto the retina due to the shape of the eye(s). In simpler words, the eye is unable to focus on images from the outside world which results in to blurry vision. This can be divided into four common sub-categories:
a. Myopia: Also called near-sightedness, difficulty seeing objects that are far away.
b. Hyperopia: or far-sightedness is when the eye(s) experiences difficulty in seeing objects that are close by clearly.
c. Astigmatism: distorted vision due to an irregularly curved cornea. Vision could be partly distorted.
d. Presbyopia is associated with the aging of the eye that results in progressively worsening ability to focus clearly on close objects or things such as small print.
Refractive errors are generally caused due to repetitive eye fatigue or are passed sown via genes.
These are diagnosed by an eye professional during routine eye examinations. Eye strains, headaches, difficulty seeing are all symptoms to look out for.
Refractive errors can be fixed with spectacles, contact lenses or surgery.

2. Cataracts
A cataract is a dense, cloudy area that forms in the lens of the eye. A cataract begins when proteins in the eye form clumps that prevent the lens from sending clear images to the retina. It is one of the leading causes of blindness in the world. They develop slowly and eventually interfere with vision.
Risk increases with age. Factors like UV radiation, diabetes, obesity, hypertension, and smoking amongst others can also hike the risk.
Blurry vision, trouble seeing at night, seeing colors as faded, increased sensitivity to glare are just a few of the symptoms to look out for,
Can be treated by surgery.

3. Glaucoma
Known as a silent thief of sight, glaucoma causes damage to the optic-nerve due to the increase in pressure brought on by the slowing down of the draining of a liquid that our eye produces and requires.
Age, family history, thyroid, high blood pressures are a few of its contributing factors.
Vision loss, eye pain, redness in the eye, nausea are a few of the symptoms it exhibits.
Medication, laser treatment and surgery could help. The goal of these treatments is to reduce pressure.

4. Macular Degeneration
It causes damage to the macula, a small spot near the center of the retina and the part of the eye needed for sharp, central vision, which lets the eye(s) see objects that are straight ahead. It mostly happens as one ages which is why it is also called Age-related Macular Degeneration.
Age, genetics, an unhealthy lifestyle or eating habits, smoking, are just some of the factors at play here.
Blurred vision or wavy appearance of straight objects, a compromised vision are symptoms one with Macular degeneration may experience.
Treatment may help but this condition is incurable.

5. Diabetic Retinopathy
It is the damage caused to the blood vessels of the light sensitive tissue at the back of the eye due to uncontrolled blood sugar levels.
Amongst other factors, anyone who has Type 1 and Type 2 diabetes is at risk. The longer they have had it, the more likely it becomes for them to develop this complication.
May cause mild vision problems as it begins, eventually takes one's ability to see.
Treatments can help control the symptoms, but this cannot be cured.

6. Childhood Blindness
This term is used to refer to a group of diseases and conditions occurring in childhood or early adolescence and when left untreated culminate into severe visual impairment or blindness, most likely untreatable later in life.
More often than not, the reasons are socio-economic or a lack of proper health care.
Organizations have emerged that take childhood blindness seriously and are taking steps against childhood blindness, funding research and providing better health care.

7. Eye Infections
Infections like Onchocerciasis (river blindness, caused by a parasite), Endophthalmitis (Inside the exterior of the eye, caused by bacteria or fungi), Trachoma (bacterial infection causing scratching to the lid) just to name a handful are to be taken very seriously as they are capable of causing permanent damage.
Deficiencies, unhygienic habits, touch or exchange with an infected individual are some of the common causes. Contact lens wearers tend to be more prone to developing infections of they do not use the lens as directed.
Itching, swelling, watery eyes, pain, discharge are just amongst a few of the many symptoms of an infection.
They are generally easy to heal depending on the type and intensity, repeating episodes are to be taken seriously because they could be an indication of a bigger problem or may take permanent toll on the eyes.

8. Vitamin A Deficiency
Vitamin A is crucial to maintain the eye's health and functioning and a deficiency can cause clouding of the front of the cornea, corneal ulcers, retinal damage and vision loss.
One may not be ingesting enough vitamin A or the gut may be unable to process and absorb it.
Dry eyes (and skin), frequent infections, inability to see in dim light like at night, spots on the eyeball, are a few indicators.
Medication (supplements, etc) and self care by the way of modifying one's diet to address the dietary deficiencies, switching to healthier eating habits can help improving the condition.

9. Cortical Visual Impairment
The light that enables us to see may enter through the eye but it's the brain that processes it and deciphers it, which is how we have a perception of shapes, sizes and even depth. Cortical visual impairment (CVI) is a form of visual impairment that is caused by a brain problem rather than an eye problem (called "ocular visual impairment" when discussed in contrast to CVI.) People with CVI may or may not have perfectly functioning eyes.
CVI is caused by neurological (brain) damage. Neurological damage may occur when a baby is born prematurely, but such damage may also occur in infants born at term.
The most common cause of CVI-related brain damage is hypoxia (lack of oxygen), head injuries, abnormalities in brain formation, hydrocephalus (increased fluid and pressure in the brain), seizures, strokes, metabolic diseases, tumors, infection, or neurologic disorders.
May exhibit variable vision that is how they can see can change from time to time depending on how fatigued the brain is, difficulty viewing complex objects.
A diagnosis is usually made when visual performance is poor but it is not possible to explain this from an eye examination.
Treatment depending on condition can help patient see better.
Hoping this list comprising of some of the most common causes of vision impairment may have helped you to gauge a better understanding of something 285 million of us live with.
Tweet

Basics of Eye Health - Tips for Maintaining a Good...
Know Blindness: A Guide on Kinds of Blindness

More posts from author
Monday, 05 August 2019 Book Recommendations for the blind.
Tuesday, 11 June 2019 Basics of Eye Health - Tips for Maintaining a Good Eyesight
Tuesday, 28 May 2019 Causes of Vision Impairment
Tuesday, 14 May 2019 Meeting somebody who is visually impaired: things to keep in mind